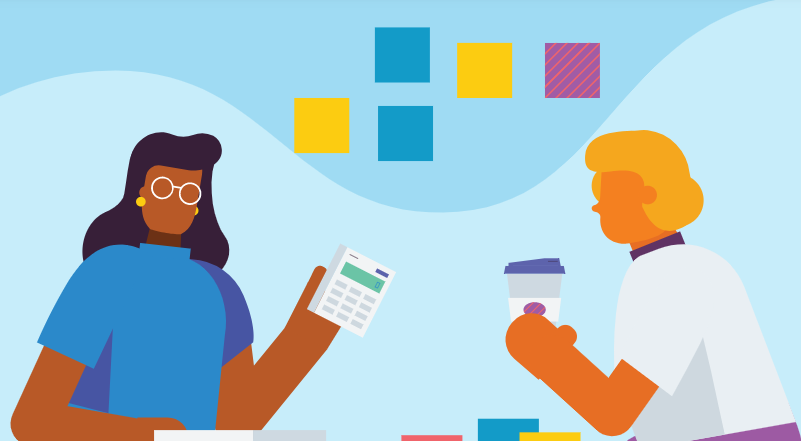 What does bookkeeping involve? Where does it come from? What’s the end product? And how does it compare to accounting? We take a look.

Bookkeeping is the practice of recording and tracking the financial transactions of a business. Bookkeepers regularly summarise this activity into reports that show how the business is doing. They may also perform wider tasks such as invoicing, paying bills, preparing tax returns, monitoring key performance indicators, and providing strategic advice.

You can learn more about those tasks here.

Evidence of financial record keeping has been found in Mesopotamia, Babylon, Sumer and Assyria as far back as 7000 BC. Archives have been discovered, showing the recording of accounts from farm produce in ancient Greece as well as from the Roman Empire.

But it’s in the 15th century that the roots of modern bookkeeping can be found. And fittingly, there are two entries in the history books for who documented the double-entry system. Some credit Benedetto Cotrugli and his 1458 book Of Commerce and the Perfect Merchant. But most regard Luca Pacioli as the father of bookkeeping, for his 1494 book Review of Arithmetic, Geometry, Ratio and Proportion.

An Italian mathematician and Franciscan monk, Pacioli wrote the first popular description of the double-entry system and the use of various bookkeeping tools such as journals and ledgers. His book became the teaching tool for bookkeeping and accounting for the next several hundred years. Bookkeeping became a recognised profession in the UK and US in the 1800s.

An introduction to bookkeeping basics

Here are some basic bookkeeping concepts and definitions that you should know. They’re central to the methods and processes that a bookkeeper follows to create accurate accounts:

Figure 1, The five accounts that make up a general ledger, and how they flow down into the main accounting reports.